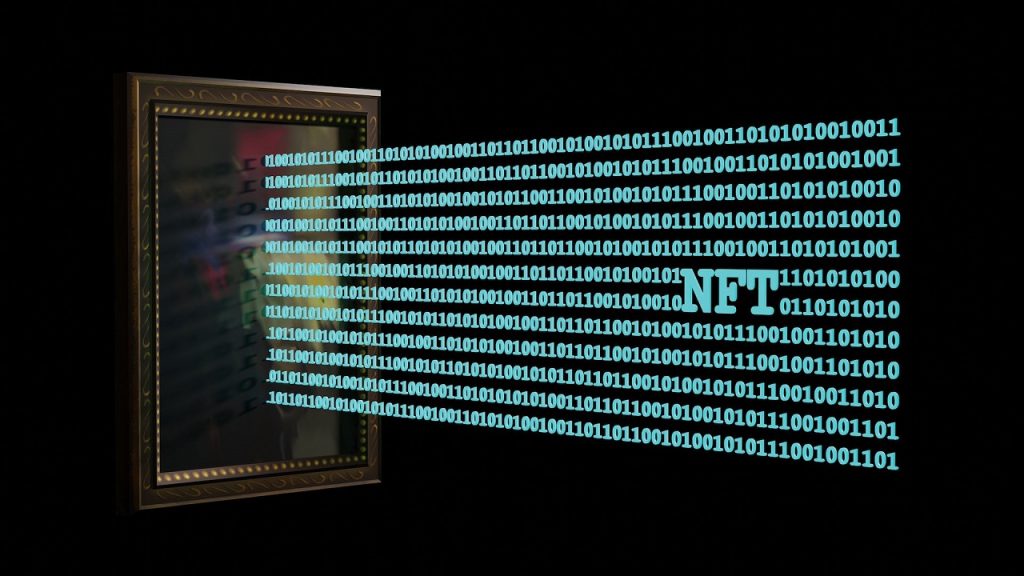 Lately, the news in the media is full of headlines about NFT art works, their popularity and marketability. Digital artists are paid a lot of money for their creations. Despite the fact that this topic is on everyone’s lips, not all people understand what this phenomenon is.

In this article we’ll break down what NFT is, how it’s connected to creativity and why NFT art exchange is gaining popularity, and we’ll tell you how to create your own NFT and how to earn from it correctly.

What is NFT and digital art

A token is a unit of account, which expresses the value of some asset in digital form.

An NFT (non-fungible token), non-fungible token or unique token is a unit of data stored in a blockchain that expresses (validates) the value of a unique digital asset. Simply put, such a token is one-of-a-kind and cannot be replaced by another token of equal value.

This type of token is used to create a single digital version of a unique object – for example, a picture, a soccer card, a song and any type of file that is digitally stored.

Because of its specificity, NFT can only be in a single number, unlike other tokens, which can be in the thousands or millions.

NFT token technology was developed in 2017 based on the Ethereum blockchain. One of its first uses was NFT digital art. However, NFT began to gain mass popularity in 2020.

Among the most famous and high-profile sales of NFT art is the work of an artist who creates under the pseudonym Beeple. His painting “The First 5,000 Days” was auctioned at Christie’s and went under the hammer on March 11, 2021 for $69 million. To date, it is the most expensive sale of a digital work.

The “Earth” and “Mars” files (video with soundtrack) sold for more than $5 million in 20 minutes. The price was originally set at $7,500.

It is possible that NFT art auctions will only gain in popularity, as the crypto community is a desirable audience for any major auction like Sotheby’s or Christie’s.

The main feature of NFT art

Experts boldly call digital art a new stage in the development of creativity in general. Its peculiarity is that it exists digitally in a virtual space. It cannot be “touched” like classical art objects.

For a more detailed understanding, let’s look at a simple example. Let’s imagine that in the Internet space, there is a picture in JPEG format. It could have hundreds of copies. But its author can use a handy tool – blockchain (a distributed data registry) – and link the picture to an address on the blockchain. After that, a non-interchangeable token will be created, which will be assigned a name (or an alias) and the transaction of its creation will be written into the blockchain.

Who needs NFT and what for?

Before NFT gained popularity, digital artists mostly made their money by creating individual digital works on demand. They didn’t have the ability to monetize virtual works.

With the emergence and popularization of NFT and the growing interest in the field, digital artists now have that opportunity.

NFT made it possible to digitize unique virtual creations. The source code of such a digital object is one-of-a-kind, and NFT makes it possible to secure this uniqueness and not to confuse this particular object with hundreds of copies of it.

In simple words, NFT has made it possible to preserve the unique right of ownership of a digital art object in the same way that in real life we protect our ownership of tangible property.

Here’s a simple example of why NFT is necessary. An artist can sell an original of his work at auction and give the buyer a unique right of ownership over it, even though it has no tangible form of expression and exists only in digital form.

The most notorious case of transferring a real-life painting into the digital space is considered to be the tokenization and destruction of Banksy’s (a pseudonym of anonymous English street art artist) painting “Morons (White)”, which took place in March 2021.

Injective Protocol bought the painting from Taglialatella Gallery in New York for $100,000. The company then created its NFT and burned the actual creation. Now this painting exists exclusively in digital reality in the form of a non-interchangeable token.

Exchanges and platforms for creating and trading NFTs

Despite the fact that non-interchangeable tokens haven’t gained momentum recently, there are already platforms for selling NFT art and creating token, and their number is constantly growing. Here’s a look at four of the most popular marketplaces where you can create NFT art.

This marketplace is considered to be the most popular and the largest. On it you can find thousands of NFT: from paintings by modern artists to game add-ons. By the way, it is on this marketplace that the token of a burned painting by Banksy is displayed.

Any user can upload their own artwork, turn it into NFT, auction it off and sell it for cryptocurrency. In addition, virtual collectibles, domain names, game add-ons and more can be sold on the site.

On OpenSea, you can not only create and sell, but also acquire and store NFTs.

This is a marketplace that is interconnected with OpenSea. The contract created on it appears immediately on OpenSea. With its help, even a little experienced person can create his own token.

In addition, you can pay with fiat money here.

An example of another marketplace for selling NFT art. The great potential of this marketplace is also revealed in its secondary market. Anyone can resell their token to a new owner.

At the time of writing, this marketplace has one of the highest trading volumes. The currency of the sale is RARI’s own token. Using it, artists can both sell NFT art and create it.

The right way to make money with NFT

There is no one right way to collect NFTs and make money from them.

However, there are a few options that we will tell you about:

Create your own token and sell it on a marketplace;

Buy an existing NFT and sell it at a higher price in the future;

Buy tokens that are part of the work, i.e., become a shareholder of NFT.

Despite the wave of hype around NFT, today there is no definite prediction about how the NFT industry will develop.

On the one hand, the consumption of digital content is growing every day, which can give NFT art a chance for great development in the future.

Today this sphere does not have a sufficient legal base, but in case of its further development, such legal regulation may appear. This, in turn, can make non-interchangeable tokens a commonplace and familiar thing.

On the other hand, like any hype thing that takes off sharply, interest in NFT may disappear as quickly as it appeared. The very value of such tokens looks ambiguous, which makes it impossible to state precisely the direction of their further development. It could be that today’s digital art market will disappoint collectors and lose its popularity.