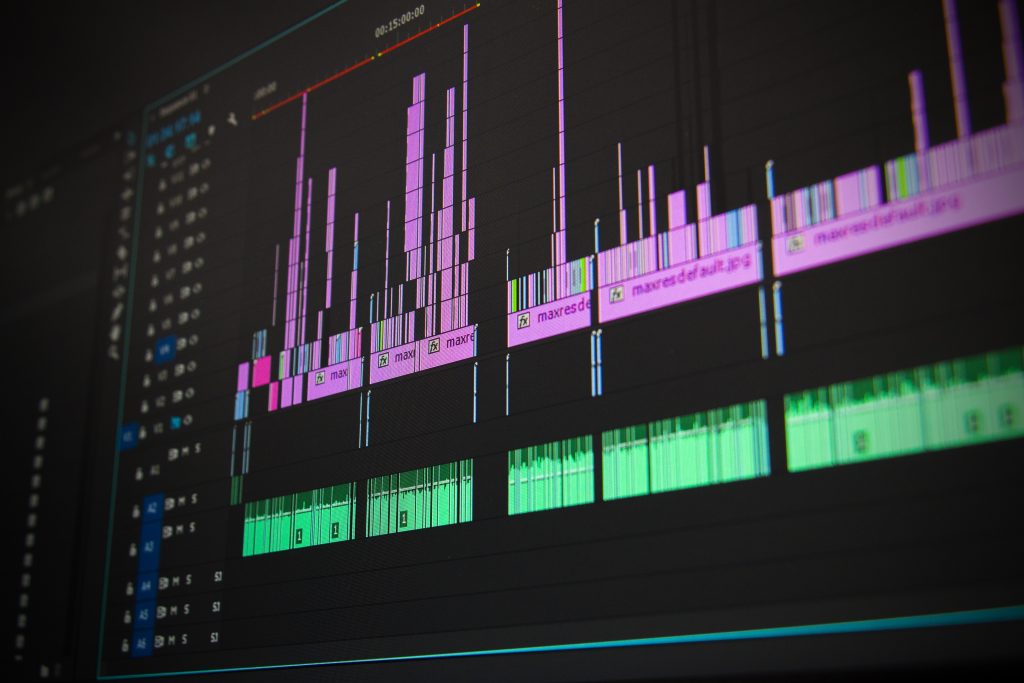 The best free programs for working with sound

Today, creating music or just working with sound is easier than ever. A kind of symbiosis has formed between music makers and companies – the latter increase the number of the former by making many products for beginners free. It is a long term investment, but the companies know very well: if a musician liked a program or a plugin, it will be a long time before he or she will replace it for something new. Most likely, on the contrary, sooner or later he will buy the paid version for the sake of expanded functions and prompt updates. That is why companies put a lot of effort into the free versions of products, trying to please users. Here are 10 of the best free apps that cover everything a novice or experienced audio/video blogger, musician, or sound engineer needs.

Garageband is the only Mac-only program on this list. But it’s worth mentioning because it has everything you need to start making music right now. It includes tons of instruments, effects, samples, and presets for all kinds of music. There’s even an iPhone and iPad version where you can demo a song and then open that same project on the Mac and keep on working. In essence, Garageband is a stripped-down Logic, Apple’s professional DAW. And that’s another plus: Logic opens Garageband projects, so you should have no problem switching to a more serious software. Of course, there are also disadvantages – there is no smart mixer, track grouping, there are restrictions on midi editing, etc. Still, Garageband is used by professional musicians such as Rihanna, Oasis, and Grimes (her 2012 album Visions was recorded entirely with it).

This is the free version of the young Studio One, which has already gained recognition among recording engineers and musicians. Studio One has limitations compared to its older brother, the most important of which is the lack of support for third-party plug-ins. You’ll have to rely on what comes with the program, but in the set there is a lot – 9 effects, a synthesizer plugin, upsim, more than 1 GB of loops and samples.

The second important limitation – you can record only 2 tracks at a time, for example, a vocal and a guitar. You can’t record a drum kit. But, if you don’t need it – then Studio One Prime will be a very handy DAW for beginners. Some restrictions only discipline, protecting you from the main mistake of a beginner – a crazy amount of unnecessary plugins and processing.

The interface is very friendly and user-friendly, and many are calling it one of the most user-friendly DAWs on the market. Available for Windows and macOS.

There are epiphanies in every musician’s life when a brilliant part comes to mind and you need to record it right now before it goes away. There is no time to run a cumbersome DAW, you need to think of something here and now. For such cases, it’s wise to stock up on a link to TwistedWave, one of the few online DAWs that work stably through your browser and run in a second. Perhaps it’s the minimalistic interface – there are only basic functions, effect plugins are made without a shell – only numbers and sliders, no midi support. But with the functions of an online recorder and audio editor, the program copes superbly. For example, it is possible to instantly create a loop and improvise to it. The result can be saved on google disk or uploaded to Soundcloud.

Technically, it’s not free. But you can download the program from the official developer’s website and use it absolutely free for as long as you want with full functionality even after its 60-day trial period expires. There is no catch – you just have to wait some time before you start working on the project, reading the authors’ appeal to buy the product. You can buy it, or you can close the popup and work.

In essence – Reaper is a modern view on the professional DAW, and many solutions are implemented brilliantly: all the tracks are universal and are not divided into audio, midi and instruments, midi parts can be edited directly in the main project window, it is possible to impose an effect on a specific part of the track by couple clicks, etc.

You can download both for Windows and macOS, plus there are even experimental builds for Linux.

When it comes to a program for processing raw tracks – removing clicks from recorded tracks, editing multiple audio tracks, especially if it’s for streams, podcasts, youtube, etc. – it’s a good idea to have Audacity on hand. In fact, this program is a stripped down DAW – it doesn’t support working with midi, only with audio files. But it has a great set of tools and effects for audio editing.

Many routine operations like signal equalization are performed here in a couple of clicks.

The application is not new, with a rich history that continues to this day. The program has its own fans. Updates are released almost every month. That being said, Audacity was and still is free. It is available on Windows, macOS, and even Linux.

When they play live, guitarists and bassists use a “stack” – the name given to the chain of equipment that processes the guitar signal: amplifier – cabinet with speakers – instrumental microphone. Plug-ins learned how to simulate guitar stack long time ago and today they achieved good results in this case – when comparing amp’s simulations with original devices it is very easy to find the difference. An additional plus is that you can download presets in a second, exchange them online and change amp settings in the finished mix (which is impossible to imagine when working with “iron”).

IK Multimedia Amlitube 4 is one of the most realistic sounding ampsims with virtual clones of real devices, developed under the supervision of their manufacturers. Its little brother, Amplitube Custom Shop, can be downloaded for free from the company’s official website.

This is a full-featured program with the same frighteningly realistic sound, but a reduced number of instruments: 4 amps, 9 effects pedals, 5 cabinets, 3 microphones and a tuner. The bare minimum is there, and what is missing, you can buy in the online store (there are more than 280 virtual iron for every taste).

Is available as a standalone program (for Windows and macOS, complete with a simple recorder to record sketches), and a plugin for DAW.

Cockos Reaper comes with a set of excellent plugins, which can be downloaded separately from the official site of the company.

Despite their simple appearance, the Reaplugins are very functional and sound great. For example, the parametric equalizer with spectrum analyzer is excellent for cutting out resonances.

ReaFir is one of the simplest and most effective noise suppressors, it is indispensable if you need to remove hissing or low-frequency hum from your speech.

ReaGate is a handy and functional gain that will stick at the beginning of the effects chain of every recorded track.

Plugins are very carefully used computer resources and have become a workhorse for many sound engineers.

Modern equalizers have seriously evolved since becoming software. Today, from a parametric equalizer, developers are making a versatile device that can both multiband compression and dynamic equalization.

One such multi-tool is the TDR Nova. It has 4 bands plus high and low pass filters, you can listen to each band separately and adjust frequencies with surgical precision.

But its main trick is in the built-in compressor that can be switched for each band individually so that the device will be triggered only when the signal in this band reaches the Threshold value.

With all this abracadabra, the program has a very clear interface, it takes about 10 minutes to understand it.

It works fast and absolutely free, plus there is an option to upgrade to a paid version with extended functionality.

Back in the nineties, when creating an album with a computer, the parts had to be recorded on CDs because there simply were no hard drives big enough. It’s hard to realize how inconvenient that was. Today, however, the processing power of the average home PC is sufficient for most of the needs of the novice music-maker. There are more and more people working in this field, and demand breeds supply. Software has become more available, more diverse and more convenient, so when, if not now, to start realizing your creative ideas!