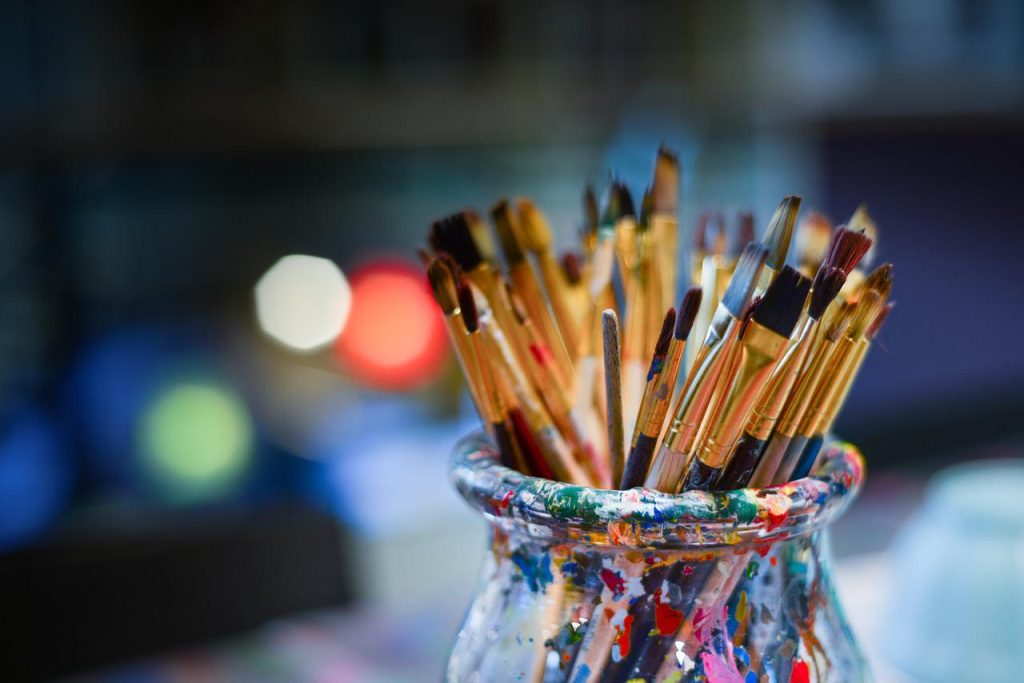 If the new art is not understood by everyone, it means that its means are not universal.  Art is not for all people in general, but only for a very small category of people who may not be more significant than others, but are clearly not like others.

First of all, there is one thing that is useful to clarify. What do most people call aesthetic pleasure? What happens in the human soul when a work of art, such as a theatrical production, is “enjoyed” by it?  The answer is unequivocal: people like drama if it has succeeded in captivating them with its portrayal of human destinies.  Their hearts are moved by love, hatred, the troubles and joys of the characters: the audience participates in the events as if they were real, taking place in life.  And the viewer says that the play is “good” when it has succeeded in evoking the illusion of life, the authenticity of the imagined characters. In the lyrics he will look for human love and sadness, which seem to breathe the poet’s lines. In painting, the viewer will be attracted only to canvases depicting men and women with whom, in a sense, he would be interested in living.  A landscape will seem “nice” to him if it is attractive enough as a place to walk.

This means that, for most people, aesthetic enjoyment does not differ in principle from the experiences that accompany their daily lives.  The difference is only in minor, secondary details: this aesthetic experience is perhaps less utilitarian, more fulfilling, and does not entail any burdensome consequences. But in the final analysis, the object, the object to which art is directed, and with it its other features, is for most people the same as in everyday existence – people and human passions.  And they will call art the totality of the means by which this contact with all that is interesting in human existence is achieved.  Such viewers will tolerate pure artistic forms, unreality, fantasy only insofar as these forms do not disturb their habitual perception of human images and destinies. As soon as these proper aesthetic elements begin to dominate and the public does not recognize the familiar story of Juan and Maria,[5] they are confused and no longer know what to do with the play, the book or the picture. And this is understandable: they do not know another relation to objects than the practical one, that is, one that forces us to experience and actively intervene in the world of objects.   A work of art that does not induce such intervention leaves them indifferent.

This point needs full clarity. Let us say at once that to rejoice or feel compassion for the human destinies that a work of art tells us about is something very different from genuine artistic pleasure.   Moreover, in a work of art, this concern for the strictly human is fundamentally incompatible with strictly aesthetic pleasure.

It is essentially an optical problem. In order to see an object, it is necessary to adjust our visual apparatus in a certain way. If our visual adjustment is inadequate to the object, we will not see it or will see it blurred. Let the reader imagine that we are currently looking into a garden through a window pane.  Our eyes must adjust so that the visual ray passes through the glass without lingering on it and stops at the flowers and leaves. Since our subject is a garden and the visual beam is directed toward it, we will not see the glass by looking through it. The cleaner the glass, the less visible it is.  But by making an effort, we can take our eyes off the garden and shift our gaze to the glass. The garden will disappear from view, and the only thing that remains of it are the blurry patches of color that appear to have been applied to the glass. Hence, seeing the garden and seeing the window pane are two incompatible operations: they exclude each other and require different visual accommodation.

Accordingly, whoever in a work of art seeks experience for the fate of Juan and Mary or Tristan and Isolde and adapts his spiritual perception to this, will not see the work of art as such; Tristan’s grief is only Tristan’s grief and, therefore, can be disturbing only insofar as we take it for reality. But the point is that an artistic creation is such only insofar as it is not real.  Only on one condition can we enjoy Titian’s portrait of Charles V on horseback: we must not look at Charles V as a real, living person- instead we must see only a portrait, an irreal image, a fiction.   The person depicted in the portrait and the portrait itself are completely different things: either we are interested in one or the other. In the first case, we “live together” with Charles V; in the second, we “contemplate” the work of art as such.

Most people, however, cannot adjust their eyesight so that, with a garden before their eyes, they can see the glass, that is, the transparency that constitutes a work of art: instead, people pass by – or through – without lingering, preferring to grasp with all passion the human reality that trembles in the work. If they are asked to leave their prey behind and turn their attention to the work of art itself, they will say that they see nothing there, for indeed they do not see the human material so familiar to them – for before them is pure artistry, pure potency.

Throughout the nineteenth century, artists worked too impurely. They minimized the strictly aesthetic elements and tended to base their works almost entirely on the depiction of human existence.  It should be noted here that, for the most part, the art of the last century was, in one way or another, realistic. Beethoven and Vanger were realists. Chateaubriand is as much a realist as Zola. Romanticism and naturalism, when looked at from today’s vantage point, converge with each other, revealing common realist roots.

Creatures of this kind are only partly works of art, artistic objects.  To enjoy them, one does not need to be sensitive to the unobvious and transparent, which artistic sensitivity implies. It is enough to have ordinary human sensitivity and to let the anxieties and joys of others resonate in your soul. This explains why nineteenth-century art was so popular: it was served to the masses diluted to the extent that it became no longer art, but part of life.  Recall that at all times when there were two different types of art, one for the minority, the other for the majority[*For example, in the Middle Ages. According to the binary structure of society, divided into two social strata, the nobles and the plebeians, there was noble art, which was “conventional,” “idealistic,” that is, artistic, and popular art, realistic and satirical art], the latter was always realistic.

Let us not argue now whether pure art is possible. It is very probable that it is not; but the course of thought that would lead us to such a denial would be very long and complicated. So it is better to leave this subject alone, especially since it is essentially irrelevant to what we are now talking about. Even if pure art is impossible, there is no doubt that a natural tendency toward its purification is possible.   This tendency will lead to the progressive displacement of the “human, too human” elements that dominated romantic and naturalistic artistic production.  And in the course of this process there will come a point at which the “human” content of the work will become so meager that it will become almost imperceptible. Then we will have before us a subject that can be perceived only by those who have a special gift for artistic sensitivity.  It will be art for artists, not for the masses; it will be the art of the caste, not of the demos.

This is why the new art divides the public into two classes-those who understand it and those who do not, that is, artists and those who are not artists.  The new art is purely artistic art.

I do not intend now to extol this new attitude, much less to disparage the techniques used by the last century. I will confine myself to noting their peculiarities, as a zoologist does with two distant species of fauna. The new art is a universal factor.  For twenty years now, out of two successive generations, the most sensitive young people in Paris, in Berlin, in London, in New York, in Rome, in Madrid have suddenly discovered that traditional art does not interest them at all, moreover, it inevitably repulses them.  With these young people one could do one of two things: shoot them or try to understand them.  I decidedly preferred the second option. And I soon noticed that a new perception of art was budding in them, a new artistic sense characterized by perfect purity, rigor and rationality. Far from being a fad, this feeling is the inevitable and fruitful result of all previous artistic development. Something capricious, unreasonable and ultimately pointless lies, on the contrary, precisely in attempts to resist the new style and to cling tenaciously to forms that are already archaic, powerless and fruitless. In art, as in morality, what is right does not depend on our own will; what remains is to submit to the imperative that the era dictates.  Obedience to this imperative is the only way for the individual to resist; he will fail if he stubbornly produces another Wagnerian opera or a naturalistic novel.

In art any repetition is meaningless.   Each historically emerging style can produce a certain number of different forms within the same general type.  But time passes and the once magnificent spring dries up. This happened, for example, with the romantic-naturalistic novel and drama.  It is a naive delusion to believe that the barrenness of both genres these days stems from a lack of talent. It is simply that the situation has come to a point where all possible combinations within these genres have been exhausted. It may therefore be considered fortunate that a new perception is emerging at the same time as this depletion, and that new talents are blossoming.